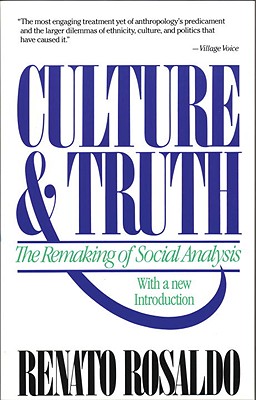 Body Ritual Among the Nacirema

In 2018, a Twitter debate emerged on the use of the Nacirema. I love this devastating two-tweet critique from Takami Delisle:

the fact of its extensive damages to Native American groups. Then Miner goes on to talk about "shrine" & "temple" (as opposed to "church") and "holy mouth man" "witch doctor" and on and on. The attempt to "eroticize" Americans is actually exoticizing non-EuroAmerican ppl.

In 2020, I used The Nacirema as part of my 200-level Cultural Anthropology course, asking the students if they thought the use of the Nacirema undermined the idea that all humans are connected. I similarly tried in 2018-2019 to ask if the main point of The Nacirema outweighed the problematic aspects. I did use the Nacirema, trying to craft a lesson on the history of anthropology, colonialism, and decolonization:

Re-reading the Nacirema since the Covid pandemic has been a bit frightening. During the coronavirus, we seem to have come full circle in which people from other countries look at US Americans as anti-science, culture-bound “primitives” who are too stuck in their beliefs to change course. Or as Miner wrote: “Our review of the ritual life of the Nacirema has certainly shown them to be a magic-ridden people. It is hard to understand how they have managed to exist so long under the burdens which they have imposed upon themselves” (507). In 2021, I did a surprise Nacirema Medical Anthropology assignment to see if introductory students were able to apply the lessons of the course.

I have used “Body Ritual among the Nacirema” as a way to introduce anthropology, ideas of human similarity and difference, ethnocentrism, and cultural relativism. It corresponds to the material in the section on Human Nature and Anthropology. These issues continue to be current. Accounts of human beings as inherently warlike, only tamed by modern states and modern moral codes, have become newly popular and quite entrenched. See War, Peace, & Human Nature: Convergence of Evolution & Culture for a 2013 book that provided a counter-narrative.

One example of an apparent human universal–defecation and urination. In What Did Ancient Romans Do Without Toilet Paper? Stephen E. Nash shows how these practices are shaped by culture, history, and power. “It’s hard to argue that the use of toilet paper is somehow natural. . . . Defecation and urination are more than biological functions; they are cultural activities that involve artifacts and technologies that change through time.”

I’ve used this article on the first day of class, giving students 20 minutes to read and report back. I’ve always wondered how much I should preserve the identity of the Nacirema as a surprise. It seems like it should no longer be a surprise since a simple web-search reveals a Wikipedia Nacirema that gives it all away. There are also several videos on YouTube–Who are the Nacirema? may be one of the better ones, capturing how my classes often proceed.

After the surprise, I have then emphasized how Miner’s article is in some ways prophetic and has enduring relevance. As one student perceptively put it: what if Miner had been able to see tanning beds? Or as Melissa Leyva ends in her YouTube Nacirema, what if Miner had seen the little black boxes and phenomena like “Gotta catch ’em all”? (Leyva’s YouTube account has some good historical and contemporary imagery to subtly accompany the summarized Nacirema reading.)

From the outset, I have also incorporated quotes that could critique how “Body Ritual among the Nacirema” is usually introduced. First, from Renato Rosaldo’s Culture and Truth: The Remaking of Social Analysis: “In retrospect, one wonders why Miner’s article was taken simply as a good-natured joke rather than as a scathing critique of ethnographic discourse. Who could continue to feel comfortable describing other people in terms that sound ludicrous when applied to ourselves?” (1989:52).


Is 'Body Ritual Among the Nacirema' a good-natured joke or scathing critique?Click To Tweet
I have used Rosaldo’s quote to underscore how we need to be careful when reading overgeneralizing ethnographic accounts.

Second, and more importantly, from Michaela di Leonardo, Exotics at Home, on how Miner’s language “effaces the colonial encounter through which we have developed notions of ‘witch doctors’ and ‘exotic rituals.’ Miner’s whimsical frame also denies stratification and power dynamics on the American end” (1998:61).

I’ve always felt Miner’s account is misleading on the power dynamics of various ethnocentrisms. The sections from di Leonardo emphasize this aspect. However, the di Leonardo quote has been a bit too much on the first day of an Introduction to Anthropology course. It may work better within the context of a Cultural Anthropology course that is exploring the trajectory of the culture concept in its colonial context.

Should Miner’s article still be used to introduce anthropology? It’s definitely worth careful consideration. If you do use it, please consider the critiques.