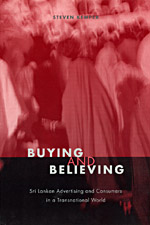 For my Cultural Anthropology 2016 course, after reading Laura Bohannan’s Return to Laughter I often assign Elizabeth Chin’s Purchasing Power: Black Kids and American Consumer Culture. Chin’s Purchasing Power goes well with Advertising Missionaries. Her analysis of consumption patterns and stigmas continues to be a useful and relevant guide to our times–see the October 2013 The Logic of Stupid Poor People by Tressie McMillan Cottom for contemporary parallels (thanks to Sallie Han and No Racist Anthropology for the link).

Purchasing Power is also a particularly helpful book for tracing the trajectory of the culture concept in relationship to ideas of race. Even from the subtitle, Black Kids and American Consumer Culture, Chin is announcing that this is not another pathology of black culture, but a study of inequality in relationship to a sphere of consumerism. Chin delivers a strong statement on the importance of learned behavior, but is justifiably suspicious of race-culture terminology. It’s a theme Chin carries into present writings, as in the timely What Jason Richwine Should Have Heard from his PhD Committee for Anthropology Now.

I first discovered Chin’s Purchasing Power when I wrote a joint book review with Steven Kemper’s Buying and Believing: Sri Lankan Advertising and Consumers in a Transnational World for American Ethnologist. The review was once an attempt to go on-line, but then it disappeared (see the end for a full story). The original review is below.

Studies of consumption have come a long way from the view that consumption is either simply the uninteresting terminus of production or an arena for the free play of symbols. In these two engaging ethnographies, Elizabeth Chin and Steven Kemper detail how consumption itself produces culture and is constituted through and by social relationships in which power is always an issue. Their portrayals are quite distant from ideas of global consumerism infecting people with libidinous desire. Chin works with black children in New Haven, Connecticut; Kemper studies Sri Lankan advertising agencies in Colombo. Although they begin from different starting points and material and their research techniques, stage of scholarship, writing styles, and intended audience also contrast markedly, the authors share a number of methodological and theoretical approaches that are of interest to a wide range of anthropologists.

In Purchasing Power: Black Kids and American Consumer Culture, Chin uses ethnography to demonstrate that black children belie their stereotyping as brand-obsessed, out-of-control consumers. Chin begins by noting that although black communities in the United States may receive research attention because of assumed “otherness” from the mainstream, the questions asked are too often “phrased in terms of ‘What is wrong?’ rather than . . . ‘What is happening?’” (p. 27). Although children have been particularly singled out as problematic and potentially pathological, they have not often been taken seriously in ethnographic and theoretical analysis. Chin demonstrates how the consumer sphere has been a particularly salient site of exclusion for blacks. This process began under slavery, when slaveholders defined what they considered necessary for the slaves’ existence and viewed slaves’ other consumer desires as depraved. Chin juxtaposes this account with an analysis of contemporary media to show a structural correspondence of images of pathological consumption. Thus, black consumption is not isolated in “‘another’ America” (p. ix), but rather “white identity often has been performed and displayed in opposition to ideas about black consumption” (p. 30). Chin argues that images of pathological consumption are based on notions that “definitively delineate ‘real’ from ‘fake’ needs” (p. 51), a doomed attempt since all needs are socially and culturally shaped.

Chin describes consumption as a resolutely social experience in which children, especially girls, actively produce and maintain relationships. Chin excoriates theories “based primarily on guesswork rather than fieldwork” (p. 9), instead insisting that “consumption is at its base a social process, and one that children use in powerful ways to make connections between themselves and the people around them” (p. 123). She illustrates this point through a poignant description of a shopping trip to Toys-R-Us with a ten-year-old who had not even known the name of the store, let alone visited it, and who struggled to choose between two inexpensive toys that would strengthen different social relationships. In this and other shopping encounters children demonstrate particular awareness of the needs and desires of others.

Although the elite subjects of Buying and Believing: Sri Lankan Advertising and Consumers in a Transnational World are not directly comparable to the children Chin researched, Kemper uses parallel tactics for framing his investigation into how advertisers create culture. Like Chin, Kemper views his subjects as relatively unstudied. Anthropologists in Sri Lanka have generally concentrated on villages, where they could find a different “way of life,” since “otherness as such was the unspoken rationale for the ethnographic project” (p. 133). Advertisers were not worth exploring not only because they often spoke and thought similarly to anthropologists, but also because they were seen as engaged in “turning others . . . into us” (p. 134). As Kemper discusses the emergence of the advertising industry in Colombo, he challenges the distinction that some anthropologists and the postcolonial state have made between the real Sri Lankan village and the fake foreign outpost of Colombo’s urban trading center. Kemper’s argument is partly historical–that Colombo’s development has roots in “the island’s earliest civilizations” and so is hardly “an artificial and alien development” (p. 84). Perhaps more importantly, Kemper contends that village life is also produced and “achieved” (p. 77) through villagers’ social practices. In this sense, what is most salient is not the distinction between the fake “foreign” imposed on a real “local,” but “the distinction between the local way of being foreign and the local way of being local or Sri Lankan . . . the locally foreign and the locally local” (p. 93).

Kemper then further explores the notion that advertisers are producers of culture. Advertising is powerful, and anthropologically interesting, in part because it converts everyday commodities into meaningful images and symbols. As intermediaries between commodities and purchasers, advertisers are “cultural brokers as much as folk ethnographers” (p. 132) who produce “a relentless, ever-growing flow” of culture (p. 4). Kemper argues that although at times the culture produced through advertising emphasizes foreign allure, it often serves to domesticate or relocate the foreign. When Kemper examines the consumption practices of two middle-class families, he also discovers the importance of social relationships: “However deterritorialized the imagination under the regime of consumer capitalism . . . human relationships play a countervailing role in determining what one saves, where one saves, and what one buys” (p. 216). In fact, much of what advertising does is precisely “reterritorialize” the imagination (p. 14), using a variety of references to the traditional.

Some of the most engaging work in these books comes in chapters where the authors take up the question of how “tradition” is represented in a context of social inequality and exclusion. In a well-researched chapter comparing Malaysian and Sri Lankan advertisements, Kemper shows how Malaysian state policy attempted to mandate inclusion of a variety of ethnicities. Sri Lanka, in contrast, has no such explicit policy and, although Kemper notes extreme ethnic variability among the advertising actors who dominate the advertising industry, the advertisements themselves are taken to be representative of the Sinhala tradition, which in turn stands for a Sinhala nation that excludes Tamils. The advertisements therefore fix the privileges of the dominant group.

Chin argues a parallel point in her provocative analysis of “ethnically correct” dolls. Although these dolls may represent progress in comparison to the days of only white Barbies, they reinforce notions of race and ethnicity as biological essence. Instead of breaking down race and class boundaries, Chin notes that the addition of ethnic dolls creates segregated toy shelves mirroring the segregation of U.S. schools and neighborhoods. Moreover, most poor black children do not have access to such toys, and the girls Chin studied played with white dolls. As they elaborately bead and braid dolls’ hair, however, girls “bring their white dolls into the existence they know and understand” (p. 164), making connections and destabilizing racial boundaries, even if they do not fully articulate these ideas verbally. Chin acknowledges that such ideas are unlikely to effect social transformation, in part because social inequality is not a consumer choice. She argues instead that “taking account of such tiny vistas has long been the work of anthropologists. Enlarging them is work for all of us” (p. 179).

Chin directs her analysis to a wider audience than the anthropological guild. She points out that important debates about race and consumption have unfortunately remained within the academy, and she wants to bring anthropological knowledge to bear on popular understandings. Her pointed social commentary is evident throughout a book packaged for “Race and Ethnic Studies/Social Issues,” and endorsed by professors of visual media and marketing. Chin writes from her dissertation fieldwork, but she intends the book as a wider platform for taking these issues to a popular audience; her very interesting research techniques are reserved for appendixes. This strategy is mostly successful, but it is a delicate balance between academic concerns and telling a good story. For example, while parts of Chin’s discussion of the literature on consumption might leave a nonspecialist wanting less jargon, her juxtaposition of consumption practices under slavery with contemporary media images is simplistic history–a comparison of U.S. images with other slave societies in the Americas might reveal more of the specificity of the U.S. context. Nevertheless, I would recommend the book for a broad array of introductory undergraduate courses.

In contrast to Chin, Kemper explicitly directs his book to anthropologists. His work emerges from a lifetime of scholarship in Sri Lanka, and Kemper means to engage anthropologists on the culture concept, ethnographic method, and the theoretical utility of categories like global and local. Although his theory is enmeshed in descriptive ethnography, the points are for anthropologists familiar with these theoretical debates. I missed the kind of ethnography that might follow the development of an advertising campaign, or gauge the responses of consumers when they are actually shopping. Moreover, Kemper’s ethnographic choices may have influenced his selection of the authors he engages. Kemper’s critique of David Harvey’s treatise on postmodernity seems to curiously elide the many anthropologists who have attempted to ground such theory in ethnography–his omission of Daniel Miller’s work on consumption and advertising is notable. Nonetheless, Kemper’s thoughtful revisiting of anthropological categories is provocative.

A final quibble: How can two authors who foreground spatiality not include a single map in their books? Despite my yearning for geographic fixity, I found these books engaging and important studies of consumption, suitable for wide audiences.

What seems to have happened is a 2003 fanfare that book reviews would transition to the new fancy online format, saving money and gaining prominence. However, in the transition to Anthrosource and Wiley, some of the online American Ethnologist reviews did not make the leap.

Within 24 hours of writing this post, Oona Schmid, the Director for Publishing at the American Anthropological Association e-mailed to clarify that all the material on Anthrosource is fully archived and protected. Stability of content is a very high priority. It seems that while my review disappeared from the now defunct AES link, it was never posted to Anthrosource. I thank Oona Schmid for this clarification and for further investigating what happened to these reviews. I also apologize for any implication that this review was once on Anthrosource but then disappeared. The AAA has also found the American Ethnologist 2003 Book Reviews in the Internet Wayback Machine, and is considering a better way to preserve them. Here is the Wayback Machine link to Review of Purchasing Power, Buying and Believing.