Home » Blog Posts » Scathing Anthropology » Race IQ – Game Over: It was always all about wealth 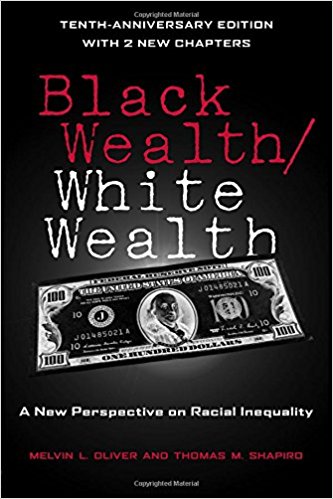 Update: The post below, first written in 2012, is about a moment when the race IQ people (also racists, racialists and HBD crowd) should have gone away when Ron Unz discovered that wealth differentials–see Black Wealth / White Wealth could explain race IQ gaps. It obviously did not happen, because as some anthropologists are beginning to realize, the source of ideas about race is not biology or science, but racism (see Evolution undermines race for a 2021 lecture).

At The American Conservative in 2012, Ron Unz published Race, IQ, and Wealth. After some responses, Unz put up Unz on Race/IQ: Response to Lynn and Nyborg on his blog. Unz’s position, which came from analyzing the very data most cited to support the racialist position on Race IQ linkages:

Essentially, I am proposing that the enormously large differences in population IQ . . . are primarily due to factors of social environment–poverty, education, rural deprivation.

At the time, every indication was that racialist rebuttals only hardened Unz’s position. This should have finally been “game over” for Race IQ.

Of course, Ron Unz is hardly a household name in anthropology. (I found him through Henry Harpending.)

Why does Ron Unz on Race IQ matter?

First, Unz has money, and he uses it to publish and promote. Unz apparently gave out at least $500,000 to Gregory Cochran, co-author with Harpending on The 10,000 Year Explosion: How Civilization Accelerated Human Evolution. Cochran was also co-author with John Hawks on Recent acceleration of human adaptive evolution. Blogger Razib Khan has also been an Unz Foundation Junior Fellow.

Second, Ron Unz matters on Race IQ because he used the numbers from people who had been elaborating the Bell Curve argument that IQ is causal to social and class differences rather than a related consequence of those differences. Of course most of anthropology and mainstream academics probably did not even know this work was proceeding. However, it should be noted–as I did in Jared Diamond won’t beat Mitt Romney–that for the people who wanted to see Race IQ connections, Jared Diamond and Stephen Jay Gould were weak rebuttals. One could even say that those who cited Diamond or Gould would be dismissed, in a kind of “that’s all you have?” sort of way. But this is obviously different.

Third, Ron Unz signals game over for Race IQ because he seems to be getting so attacked from his own. In addition to the Cochran exchange above, Unz ends his blog-post with this:

Finally, I do regret the nasty personal attacks and misrepresentations which Nyborg, Lynn, and many of their allies have endured. But given the many hundreds of caustic insults and harsh denunciations I have recently received from Lynn’s energetic admirers, I would suggest that there might be two sides to this story.

As I said at the beginning, I’m not sure whether Unz will stick to his guns on this one. There are a number of rebuttals circulating. But the rebuttals seem mostly to be on the more extreme racialist blogs, and Unz doesn’t seem to be buying them. Without Unz’s support, these writings can only become the most marginalized of the already marginal.

Now this doesn’t mean Unz is going to pop over here and give me a fellowship. In his writings, he praises the racialists for being the only ones who are combing through the data and providing a serious response. He also is obliged to take a few whacks at Gould and his ilk. But let’s get real–the only reason the racialists are combing the quantitative data is to try and poke holes and mount a rebuttal. For the rest of us–who already knew that what we measure as IQ is in large part due to “factors of social environment–poverty, education, rural deprivation,” we can declare game over on Race IQ–see Unz 2012.

Game Over for Race IQ–but not for racism

Of course, this also doesn’t mean it’s over for inequality and racism. Ending the hard-line race IQ argument doesn’t at all change the facts-on-the-ground where things are as unequal as ever. One of the racialist lines has always been to observe how the average white/black IQ differential has hardly budged in 50 years. With Unz’s article safely in hand, this is obviously and easily explained: the average white/black wealth differential has also hardly budged in 50 years. The sociological data–an update by one of the authors of Black Wealth / White Wealth: A New Perspective on Racial Inequality now indicates The Roots of the Widening Racial Wealth Gap (February 2013). [For an update, see Social Construction of Race = Conservative Goldmine.]

Finally, we should also be aware that national IQ averages and white/black IQ averages in the U.S. are certainly obscuring inequality dynamics within these groups. We may already be seeing the effects of inequality in the U.S.:

“We have moved from a society in the 1950s and 1960s, in which race was more consequential than family income, to one today in which family income appears more determinative of educational success than race,” said Sean F. Reardon, a Stanford University sociologist. Professor Reardon is the author of a study that found that the gap in standardized test scores between affluent and low-income students had grown by about 40 percent since the 1960s, and is now double the testing gap between blacks and whites. (Tavernise 2012, Education Gap Grows Between Rich and Poor)

I would predict that we will in not too long start to see such a divergence between rich white and poor white IQ scores that it will make a mockery of race IQ calculations. Similarly, on an international level there is the rise of Brazil, India, and China–and very intriguingly, even Africa–The Next Asia Is Africa: Inside the Continent’s Rapid Economic Growth. All developments which will further confound the usual race IQ predictions. Maybe not all good developments, to be sure, but at least we should finally be able to bid goodbye to the hardline race IQ peddlers.

To cite: Antrosio, Jason. 2012. “Race IQ – Game Over: It was always all about wealth.” Living Anthropologically website, https://www.livinganthropologically.com/race-iq-game-over/. First posted 9 August 2012. Revised 26 May 2021.