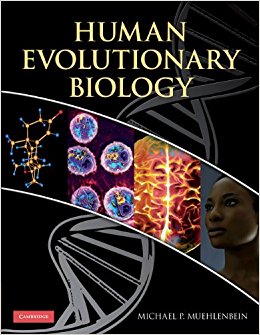 Update: Using the textbook Anthropology: What does it mean to be human? see my class on the idea that Human variation is more complicated than biological race and the 2021 YouTube lecture Evolution undermines race which attempts to explain why anthropologists believe (in shorthand) that “race is a social construction”:

Race is a Social Construction

John H. Relethford provides a better phrase than “race is a social construction.” It is still concise but more accurate, and perhaps less susceptible to misinterpretation. Race is a “culturally constructed label that crudely and imprecisely describes real variation” (Race and global patterns of phenotypic variation 2009, 20).


Race is a 'culturally constructed label that crudely and imprecisely describes real variation' (Relethford 2009,20)Click To Tweet
It is important to spell out what that means, and what people were after with the “race is a social construction” phrase. In this post I claim that although racial ideologues turn to popular genetic-sorting blogs such as Gene Expression and Dienekes for support, their posts demonstrate that these bloggers

Now before any of these bloggers or the people who inhabit their comment streams jump in and crush me, I want to make clear that this is one reading of their posts. These comments apply to the main race and genetics bloggers and not necessarily to the comments.

I wrote this post in response to links to my blog which I did not solicit. One was from the 2012 comment stream on Non-overlapping magisteria for the social and biological? The first part of the post is quite sensible. It seems as if Razib Khan is basically agreeing with a comment that states “I get the social science perspective that the socially constructed race is the category that is often much more ‘real’–it is the lived experience of everyone in that group.” To this long comment, and without wanting to take his words out of context, Khan says “this all sounds reasonable, and some of the points are of course factually correct (e.g., racial identity as it is lived is a real thing, irrespective of one’s genetic heritage).” However, at the end of the post Khan leads with the line “will social scientists stop citing ‘Lewontin’s Fallacy’ in the near future?” and goes on from there. This was the part that seems to have eventually led the comment stream over to my blog and to take my comments quite out of context.

The other links I did not solicit were from the Richard Dawkins Foundation website, when anthropologist Helga Vierich bravely initiated a discussion about race (the discussion has since been removed). In contrast to the above links, Vierich was trying to get to a real reading of the best anthropological research. However the comment stream features various levels of diatribe and misunderstanding.

On a page called “Race Reconciled” re-debunks race I attempted to summarize the key articles in the special May 2009 issue of the American Journal of Physical Anthropology titled Race Reconciled: How Biological Anthropologists View Human Variation. But what I would really like people to do–anthropologists and non-anthropologists alike–is to read the actual articles and grapple with the arguments. I’ve so far seen more incorrect cites and misinterpretations from these articles than I’ve seen accurate interpretations. I would really like that to change.

“Race is a social construction” draws attention to how the social, legal, and political categories traditionally used to define “race” exhibit significant inter-society, within-society, and historical variability, so that these social categories are at best a crude appoximation of actually existing human biological variation.

In other words, it was not a denial of human biological variation and diversity. Nor was it necessarily a denial of how human biological variation might be structured, usually geographically. And it was especially and emphatically not a claim that these categories are not real. These social-political-legal categories of race have quite real lived effects, including quite real biological effects. This is something Clarence Gravlee details marvelously in How race becomes biology: Embodiment of social inequality. For an illuminating follow-up with ethnographic material, see Race and Consequence: “Reality” and Social Constructs at the Torso and Oblong blog, which discusses how social categories become devastatingly real in the 1994 Rwandan genocide.

As I cited above, Khan at Gene Expression seems to be at least agreeing with the lived importance of racial categorization, which can be quite distinct from biological variation.

Computer software that finds genetic clusters did not prove anything about traditional race categories, and in fact proves that race is a social construction.

The idea that computer software verified race is a common misconception from the early 2000s, perpetuated and amplified by none other than Nicholas Wade. Some key genetic-analysis points of rebuttal are Human DNA sequences: More variation and less race (Long et al. 2009) and The global pattern of gene identity variation reveals a history of long-range migrations, bottlenecks, and local mate exchange: Implications for biological race (Hunley et al. 2009). However, these are difficult pieces to plow through and the arguments are complex.

I have another favorite rebuttal:

This was more or less what population geneticists had been doing with the human gene pool since the pioneering work of Cavalli-Sforza and Edwards (1965). On the face of it, once again, this would seem to have little relevance for race. The user specifies the number of groups, and geographic proximity is the strongest predictor of similarity, so asking the computer to break the human species into five groups might reasonably be expected to yield groups roughly corresponding to the continents. And the Kalash people of Pakistan certainly do not have green skin and square heads; nor do they constitute a “natural” contrast against Europeans or Africans. (Ten Facts about Human Variation 2010:270-271)

Interestingly, Razib Khan’s post Kalash on the human tree is also about how they seem to pop out. (Also interesting to note how Khan gets his share of racist comments as well.)

Of course the long quote above is from Jonathan Marks, who on some of these blogs is rather like citing (Satan 1999:666) or even Lewontin 1972. Which brings up the next point.

Anthropologists do not need to cast about for new arguments in the post-Lewontin’s fallacy era. Anthropology had home-grown critiques of traditional race categorizations long before Lewontin and we have good post-2004 critiques as well. We do need to start reading, citing, and promoting the material we already have, but we do not need to scramble for new critiques to prove race is a social construction.

Anthropologists were critiquing race long before Lewontin. One of my favorites is Franz Weidenreich in his 1946 book, Apes, Giants, and Man. Weidenreich does a devastating critique of racial classification with regard to so-called racial “purity.” The critique is sometimes hidden under prose and photos that might seem race-centered to contemporary readers, but the text clearly demonstrates interconnectedness and how racial typologies are impossible. As I argue in a section called More mothers than Mitochondrial Eve, the excessive citing of Gould and Lewontin became problematic for anthropology, as it tended to ignore some of these earlier critiques. But those critiques are still there and deserve due consideration.

More importantly, as I have myself excessively cited above, is the need for anthropologists to refer to the post-2004 work that already exists. The issue of Lewontin is one key area of the “Race Reconciled?” symposium where there was not a consensus among biological anthropologists:

There was really only one fundamental difference of opinion among the symposium participants, which was about the precise nature of the geographic patterning of human biological variation. Many participants supported the views of Livingstone and Lewontin that continue to be central to thinking and teaching about human variation in biological anthropology. These views highlight the clinal nature of human biological variation and the fact that little neutral genetic variation is apportioned among human groups. Several participants also argued that human neutral genetic and phenotypic variation conforms to a pattern of isolation by distance, in which case there are no geographic discontinuities and therefore no races. Others questioned the empirical and theoretical bases for these views and suggested that geographic patterns of human genetic variation are the result of a complex combination of population splits, regional founder events, and local migration. This difference of opinion about the geographic structure of human biological variation and its evolutionary causes is reminiscent of the disagreement between Livingstone and Dobzhansky (1962), and it has important implications for reconstructing human population history and possibly for identifying the genetic component of multifactorial disease.(Race Reconciled?: How Biological Anthropologists View Human Variation, Edgar and Hunley 2009:2)

Still, this was really the only big difference. On many other areas, including how “race is not an accurate or productive way to describe human biological variation” (Edgar and Hunley 2009:2) there was broad consensus.

There are some signs this message on race and genetics is getting through. In a September 2011 blog-post titled Latent admixture causes spurious serial founder effect, Dienekes Pontikos reviews an article by Hunley and Healy (two of the participants in “Race Reconciled), The Impact of Founder Effects, Gene Flow, and European Admixture on Native American Genetic Diversity. At the end of his review, Pontikos concludes:

Tree models are orderly and well-behaved. It would be great if people behaved that way, because the math would be easier. But, people aren’t laboratory mice that follow predefined paths in a maze: they mix with their neighbors, they split and move forward, but sometimes, they split and move backward. Hopefully, H&H’s paper will lead to an increased appreciation of admixture in the human story, beyond the case of the Americas.

Then, in the July 2012 Admixture matters, Pontikos declares: “It’s time to give up trees and embrace networks!”
In other words–at least my intepretation–is that we are likely to discover a whole lot more complexity, because indeed people have never been laboratory mice (or perhaps are more like mice than we think!). A similar issue emerges in Khan’s analysis of Clusters where they “shouldn’t be”: “The ADMIXTURE software transformed a clearly hybridized population into its own ‘ancestral’ population.”

Which surely makes me wonder where exactly do the lines get drawn between hybridized and ancestral? Doesn’t that software seem to require quite a bit of reading and interpretation? Maybe even a bit of… art?

Follow-ups to “Race is a Social Construction”