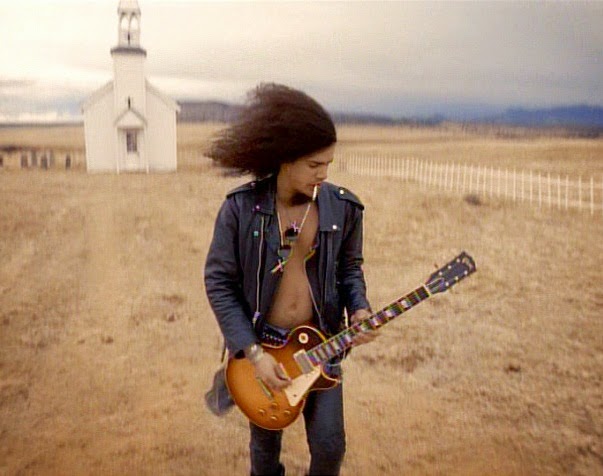 “We are seeing tremendous momentum, large numbers of people turning out, breaking records,” Mrs. Clinton said here in Pembroke Pines before cutting her remarks short when torrential afternoon rain began falling on the racially mixed crowd. Before taking the stage, she greeted voters at a heavily Cuban early voting center in West Miami and then stopped in at her storefront field office in Miami’s Little Haiti.
–Jonathan Martin, Hillary Clinton Appears to Gain Late Momentum on Surge of Latino Voters

Whatever the reason, it seemed a sign of something beautiful coalescing. In 2003, Michel-Rolph Trouillot speculated about the future of race relations in the United States:

What matters here is how the changing construction of whiteness intersects with the maintenance of a white/black divide that structures all race relations in the United States. Whether significant numbers of the people now called Latinos or Asian Americans–or the significant numbers of their known “mixed” offspring with whites–will become probationary whites and thus reinforce the structure is an important indicator of the future of race relations in the United States. (Trouillot 2003 Global Transformations, 151)

For a good while it looked like the predominant theme was that “probationary whites” would reinforce the structure. See for example my 2011 Race Remixed? Probationary Whites and a Racism Reality Check. And yet, perhaps due to the virulence of 2016, maybe it’s better to be in the racially mixed crowd than to be a probationary white in the white crowd.

The Racially Mixed Crowd as “Coalition of the Diverse”

Also at The New York Times, Op-Ed columnist Ross Douthat lamented the decline of the large white family. Sarah Kendzior called it “one of the most overtly racist things I’ve read in NYT” (h/t Discuss White Privilege). In Douthat’s lament and rant, the racially mixed crowd cannot last. “A post-familial society may unleash tribal competition within the coalition of the diverse, as people reach anew for ethnic solidarity and then fight furiously over liberalism’s spoils.”

No way Douthat. Your fantasies of tribal competition are unsupported by anthropology. Saying “tribal” betrays you slept through Introduction to Anthropology.

It may have been a brief moment, a glimmer of hope in a torrential afternoon rain (like in 2015). But we voted with the beauty of the racially mixed crowd, feeling the love in a coalition of the diverse. Click the map to create your own at 270toWin.com

March 2018: The Missing Obama Millions makes a strong case that assembling the “coalition of the diverse,” which the post below argues almost came together in November 2016, remains the most pressing task for progressive politics:

While analysts have focused on why many conservative voters switched to the Republican Party, a better question might be why a campaign that sought to energize young voters of color failed to do so. That’s the question that will decide the future of American politics. Getting these voters to the polls on Election Day is the most important task for progressives.

February 2018: Although the rallies in Florida in 2016 were not enough to sway the US elections, it is very interesting that the descriptions of a “racially mixed crowd” are from the same place where we are currently seeing rallies against gun violence. It is as if many of the issues underlying the 2016 elections are perhaps being shifted and re-framed. Or, as Maureen Dowd puts it in Appeasing the Trigger Gods:

The #MeToo movement has proved that spider webs of protection for predators can be ripped apart in an instant, that unspeakable things that have been tolerated for decades can suddenly be deemed intolerable. America is in the throes of great disruptions and anxieties, as we sort out our values and our future.