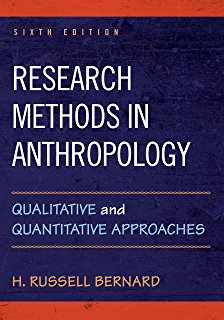 The American Anthropological Association panel, “Science in Anthropology: An Open Discussion” (2011) featured panelists Daniel Segal, Jonathan Marks, and H. Russell Bernard. Bernard advocated a return of a “big-tent” anthropology: “We should be the humanistic science and the scientific humanism that Eric Wolf described nearly 50 years ago.”

Or, as Agustin Fuentes put it in Making Anthropology Matter:

We cannot spend more time debating what “anthropology” is. Nor is it productive to label and classify any particular set of anthropologies as valid and others as not. Rather, we need to gather in opposition to strict boundaries and spill across academic divides, blurring the synthetic lines that isolate good questions from generously intellectual and fearlessly anthropological investigation and action.

Re-capping the Science in Anthropology Panel

As people were saying such things, my mind raced back to that truly terrible 10 December 2010 article from Nicholas Wade. Check this quote: “‘I really don’t see how or why anthropology should entail humanities,’ said Frank Marlowe, president-elect of the Evolutionary Anthropology Society.” Many anthropologists were about to lose our minds that morning, when Daniel Lende came to the rescue with a dose of humor. “Take that, you fluff heads! I’m still getting in my swings while I’ve got the media’s eye. If I swing hard enough, I might even knock you out of the AAA!”

But however much I disliked that quote and that moment, we do have to remember it came from Nicholas Wade. In the panel, Daniel Segal called Nicholas Wade for what he is. Wade is a pseudo-science journalist, who will call anything “science” as long as it validates his race-as-genetic interpretations. Wade will condemn as “interpretivist” anything that points out how race is a social classification scheme. That “race is not an accurate or productive way to describe human biological variation” (Edgar and Hunley 2009:2) has been more than validated by the AJPA issue on Race Reconciled. But Nicholas Wade pays no attention to this scientific research.

Daniel Segal had perhaps the most provocative comments. I’m going to go out on a provocative limb and argue that anthropology can actually rally around an agenda for science in anthropology contained in his commentary.

First, anthropology must stop cavorting with the “false friends” of science. I’m not sure what I would do if I were in the same room as Nicholas Wade, but it may be time to ask for a voluntary ban on further communication with Wade. He is anti-anthropology and anti-science, as his reporting must always fit his genetics-driven agenda.

Second, anthropology must embrace and defend a wider berth for science. Segal noted that the response to stickers saying “evolution is a theory” should not be to repeatedly bash people over the head with expert evolutionary fact. This is an arrogant approach that does not seem to budge any of the percentages of people accepting evolutionary ideas. Instead we should embrace our work as generating and investigating theories, such as the “theory of gravity.” We do not condone the stickers because they unfairly single out evolution-as-theory. This approach is really not so different than what Benjamin Z. Freed does in the article Re-reading Root-Bernstein and McEachron in Cobb County, Georgia.

Later in the session, when asked about the need for a Society for Anthropological Sciences, people commented that it served as a home for quantitative methods, comparative work, and cultural evolution as change over time. Someone then added falsifiability. But really now. Counting, comparison, change over time: these are things every anthropologist does. As for falsifiability, even the most “interpretivist” accounts are certainly not arguing that any story can be told, that any account is equally valuable. The standards are the same. The stories we tell must be supported by the evidence, and submitted to debate.

So let’s get to building “the humanistic science and the scientific humanism that Eric Wolf described nearly 50 years ago.”

Updates on Science in Anthropology

2013: Many of these issues came surging back again with the publication of the Napoleon Chagnon memoir. See also Epigenetics on The Edge of Human Nature, Goodbye to all that and Anthropology Is Your Ally – Science & Humanities Together.

2012: Tom Boellstorff’s Three Comments on Anthropology and Science provides an interesting perspective on Wade, journals, and anthropology blogs:
1. It Is Crucial to Characterize All Research Paradigms with Respect and Accuracy
2. Internet Technologies Can Broaden and Complexify Anthropological Conversations
3. Journals Should Not Serve a Gatekeeping Function in Disciplinary Debates

Update 2011: See also an earlier blog-post by Daniel Segal, The Republican Candidates’ Attacks on Science which elaborates on his position. Segal referenced this in response to the commentary from Jonathan Marks, So, est-ce la science?