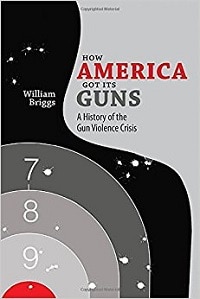 Update: I wrote this post in 2012 after the Newtown massacre in an attempt to encourage anthropologists to understand that the semi-automatic guns really do matter and that the refrain of “complexity” about gun violence had become an NRA/Republican talking point to delay meaningful gun control. As mass shootings continue, it seems this refrain of searching for motives, complexity, and hyper-analyzing the actions of individuals has only intensified. Yes, the social issues are complex. But a US semi-automatic weapons ban would help a lot.

But anthropologists don’t always figure this out until we get walloped and wonder what happened. Or as Ulf Hannerz put it:

We may remember one gentleman, fairly long ago, who proclaimed that “whenever I hear the word ‘culture’, I reach for my revolver.” I am afraid that, if he had been a certain kind of present-day anthropologist, he may have done so only to shoot himself in the foot. (Anthropology’s World, 2010:53)

Anthropology’s World, indeed. After Newtown, I could get great anthropological analysis from my hometown paper, The Daily Star. My Republican state senator warned me about indulging in gun control laws as a knee-jerk reaction. If I did that, it would sidestep “highly complex and complicated societal issues.” Because after all, “there is no easy answer” and we need to investigate this “culture of violence.” The Republican assemblyman “wants to see a ‘thoughtful’ investigation that would shed light on the ‘root causes’ behind Friday’s massacre. . . . ‘The big issue is to understand why this happened.'”

Sound familiar? Were those Republican representatives reading Neuroanthropology, where anthropologist Daniel Lende writes that there are No Easy Answers? Lende’s thoughtful piece is full of those highly complex and complicated societal issues. It’s holistic anthropology at its best. It’s the kind of anthropology we all love. “We need a multi-dimensional approach for a multi-dimensional problem. But we also need better answers to the question Lt. Paul Vance posed for us, and so many have asked ourselves since Friday–Why?”

Don’t get me wrong. I love Daniel Lende. If it weren’t for his re-tweets, you wouldn’t be reading this today, and he’s been blogging about gun violence longer than most anthropologists have been blogging. I love anthropological holism. I love multi-dimensional anthropological complexity, especially when it’s posed against uni-dimensional and absurd biological reductionism. (Daniel Lende later published a fuller account of The Newtown Massacre and Anthropology’s Public Response in the August 2013 American Antropologist.)

Anthropologists need to wake up and smell the complex holistic coffee. Complexity, complicated, no easy answers, root causes, asking why: those have all become NRA/Republican talking points. And it’s not because they’re about to enroll in an anthropology class near you. They’ll cut your anthropology budget faster than you can call Florida Governor Rick Scott. Complexity is the new code word for legislative paralysis.

Outside the US, the carefulness of some of the discussion around guns seems outrageous. By now, most of us have seen the graphic showing the number of murders using handguns in a range of high income countries: the US stands out by an order of magnitude. In Australia, where I now live, the Port Arthur massacre in 1996 led to massive efforts by the government to control guns and buy back arms: almost a million weapons were disposed of. Not a single mass shooting has happened since 1996, and the population here is equivalent to the state of New York. Like the US, Australia had its own frontier culture and rich history of gun use and mythology, but shootings are rare. . . .

Thanks for writing this, but no one outside the US, where these incidents happen so much less frequently, sees this as anything other than the sign of a deeply sick society that can’t face the obvious problem. Give people guns, whether they’re healthy, ill, or something in between, and they think about using them.

Indeed, as I wrote in the more policy-oriented reflections on a Semi-Automatic Weapons Buyback, Australia is the model to copy here. They did it. We can too.

We can do so much better

An interview with David Hemenway, Gun violence in America, is very clear. The issue is guns:

People think we have a violence problem in the United States, but we really don’t. We’re an average country in terms of all the violence measures you can think of, in terms of crime. But where we’re very different is guns. We have lots more guns than anybody else, particularly handguns. A lot of countries have hunting rifles, but we have these handguns, and then we have these assault weapons. Secondly, we have by far the most permissive gun control laws, the weakest gun policies of any country. It’s not even close. Not surprisingly, we have more gun crime and more gun homicide.

We compared the United States to the other First World countries. We looked at both genders and all ages, but here are the statistics for 5- to 14-year-olds. A child in the United States compared to a child in Finland or France or New Zealand is not 20 percent more likely to be killed in a gun homicide, or 50 percent more likely, or twice as likely, or five times as likely. It’s 13 times higher.

Our gun suicide rate for these children is eight times higher. Our non-gun suicide rate is average. For unintentional gun deaths, we have 10 times the likelihood of death [compared with other developed countries]. These children are at risk. When you do surveys across states or cities or regions, you find that where there are more guns and more permissive gun laws, people are dying.

Don’t Ask “Why?”: Describe the Conditions of Possibility

In graduate school my late mentor Michel-Rolph Trouillot tried to change our why? questions into how does? questions. He wanted us to think about the “conditions of possibility.” Anthropology cannot do the “why?” any more than we can explain why the granary collapsed at that precise moment. We should not offer the why, because then we attempt to deliver something we cannot. It is perhaps a harsh creed. It is a creed that gives no answers to the ultimate “why?” and at the same time recognizing that what people seek most are those answers.

But in analyzing the conditions of possibility, there is much that can be done. Anthropology can help us make choices about those possibilities. One of the conditions of possibility is US racism, as Discuss White Privilege replies to Greg Downey. Racism is is a big reason we realistically never get a semi-automatic weapon buyback. She also points usefully to the Salon article, Time to profile white men?, which makes very clear that the only reason we are allowed to talk about these as complex and complicated societal issues–rather than simple, knee-jerk reactions–is because this is about white men.

After Newton we heard the clamor of the rush to spend a gazillion dollars on school safety. People won’t spend money to buy back semi-automatic weapons. Voters don’t run anti-gun-control politicians out of office. We don’t spend enough money to support normal education. We won’t spend money to integrate our schools and neighborhoods. But now everyone needs to get some new technology and lock-down consultants because the kids must be safe at any cost.

This post from 19 December 2012 was my first response to the horrific Newtown massacre. I also responded to the anthropological analysis that emerged. This post is part of a series about the need for anthropology to directly address gun control and gun violence. The series includes: