Home » Is there a natural human sleep pattern? 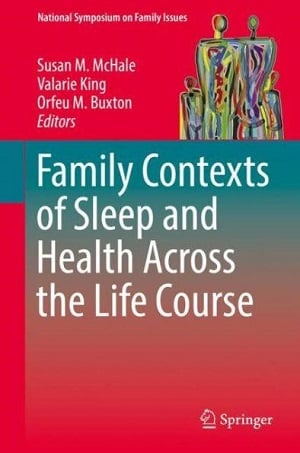 “Slumber’s Unexplored Landscape” by Bruce Bower was first published in 1999 in Science News. It appeared in the 9th edition of Applying Anthropology: An Introductory Reader. This article disappears from the 10th edition of Applying Anthropology, and so has in some ways been superseded (see other suggestions below). One of the main points is to question the idea of a natural human sleep pattern.

I used “Slumber’s Unexplored Landscape” in my Introduction to Anthropology courses as a way of showing how anthropology questions the natural, normal, and taken-for-granted. Or in other words: What is Anthropology? The article corresponds to the material in the section on Human Nature and Anthropology.

Research on sleep shows us how anthropology questions the natural, normal, and taken-for-granted.Click To Tweet
I use a cross-cultural and historical axis to bring out the comparative cases. I then try to push this article toward questioning the nature/nurture dichotomy, seeing it as an example of anthropological holism. Two quotes from Tim Ingold’s Against Human Nature are relevant:

Human capacities are not genetically specified but emerge within processes of ontogenetic development. Moreover the circumstances of development are continually shaped through human activity. There is consequently no human nature that has escaped the current of history. . . .

This does not mean, of course, that a human being can be anything you please. But it does mean that there is no way of describing what human beings are independently of the manifold historical and environmental circumstances in which they become–in which they grow up and live out their lives. (2006:259,273)

The material in “Slumber’s Unexplored Landscape” could lead us beyond the idea of an underlying sleep process shaped by culture, as there is really no program for sleep that can occur outside particular historical, cultural, and environmental circumstances.

I have two concerns with the article. The first is the ambiguity about whether the researchers believe a two-phase or segmented sleep pattern is the natural way to sleep. Psychiatrist Thomas A. Wehr speaks of how “a natural human sleep pattern may reassert itself” (56), although it is unclear whether he thinks this is the natural human sleep pattern or just one possibility. The last quote is also from Wehr, “We’re going to have to reconceptualize what it means to sleep normally” (56), which definitely questions the current normal but still leaves open whether a new normal could be found.

The second concern is how the article portrays this as a newly opening field of research for anthropology, but I’m really not sure how much follow-up there has been. Carol Worthman is an obvious resource. An update to “Slumber’s Unexplored Landscape” was the 2007 blog-article from Discover, How To Sleep Like a Hunter-Gatherer, which again interviews Worthman. The 2007 article re-caps “Slumber’s Unexplored Landscape” without much new information. It ends:

For Worthman, the conclusion was obvious. All these different sleep patterns suggested that the regulatory processes governing “sleep-wake transitions” could be shaped by cultural conditions. Sleep, it seemed, was putty—some cultures stretched it out, some chopped it up, and others, like our own, squeezed it into one big lump.

In 2017, Worthman published a chapter on “Family Influences on Sleep: Comparative and Historical-Evolutionary Perspectives” in the book Family Contexts of Sleep and Health Across the Life Course, although this volume is still an expensive hardcover.

Concentrating more on Europe is the 2012 BBC News, The Myth of the eight-hour sleep. This article provides much more historical information, especially about Europe’s two-phase sleeping pattern and how it was superseded. In this case, the hunter-gatherer information is mentioned only briefly. In general the article is against the myth of eight-hour sleep, and not attempting to establish a new two-phase natural or normal, although there is one reference to “many sleeping problems may have roots in the human body’s natural preference for segmented sleep as well as the ubiquity of artificial light.” This article also mentions–like Bower’s original–that sleep continues to be an understudied area. Thomas Wehr makes a repeat appearance, with reference to his studies in the early 1990s.

Nighttime Sentinels: Back to a natural human sleep pattern?

Another recent update is from July 2017 in the work of the multiply co-authored Chronotype variation drives night-time sentinel-like behaviour in hunter–gatherers. A more accessible summary appears in Live-In Grandparents Helped Human Ancestors Get Safer Night’s Sleep. Although this seems to be some exciting work on sleep variation across human populations, I worry that the main message may be back to the idea of human behavior as determined by past “evolutionary relics.” To wit: “Maybe some of the medical issues we have today could be explained not as disorders, but as a relic of an evolutionary past in which they were beneficial” (Charles Nunn). Nevertheless, it is interesting and exciting research, worth covering in Introduction to Anthropology.