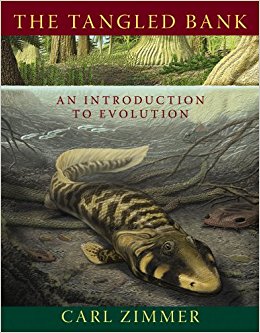 Update 2020: The need for new evolutionary metaphor and conceptualization is perfectly captured in the Andreas Hejnol chapter, “Ladders, Trees, Complexity, and Other Metaphors in Evolutionary Thinking” in Arts of Living on a Damaged Planet. See the Time in Cultural Ecology 2020 class for reflections.

The American Anthropological Association meetings in Montreal 2011 got me thinking about interconnections among sessions and the “tangled bank” of evolution:

All of these sessions speak to an ongoing need to emphasize the non-directionality of evolutionary processes. From third molar impaction to foot pain to backache, evolution always involves tradeoffs. What is adaptive in one environment can quickly become maladaptive or repurposed in another. Even that most apparently progressive development, larger brain size, involves increased metabolic needs and long periods of extreme infant dependency. And although human choices and agency can certainly result in some directionality and tracking, it is striking how much earlier ideas of inevitable industrialization or urbanization or modernization are coming undone, a point illustrated by Molly Mullin’s paper “Coop Tours: Deindustrial Domestication on Display” and a point of my panel on Nostalgia for Industry in the Hinterland.

Another striking interconnection is a need to better understand and portray evolutionary complexity. With all the reports of Neandertal and Denisovan admixture, with all the emphasis on multispecies ethnography, with new looks at hybridization, we really must get away from the overly simplistic tree diagrams and taxonomies that have so long dominated evolutionary imagery (see href=”https://www.livinganthropologically.com/biological-anthropology/denisovans-neandertals-human-races/”>Denisovans, Neandertals, Archaics as Human Races for more references). The problem is, as Rachel Caspari discussed in “Race and Racism: Legacy of Human Evolution” that it seems every time anyone tries to draw a trellis, it keeps getting re-drawn as a tree. Worse, trellises get turned not into complex trees but into simple candelabras, evil candelabras claiming that different groups of humans cross the “Homo sapien line” at different times.

I mentioned the search for imagery in the post on Capitalism and Denisovans, drawing on Dalton Luther’s great use of John Moore and the “braided river.” Other images include Weidenreich’s trellis, a more complicated tree from Kroeber, or one commenter suggested a cholla cactus skeleton. Jon Marks emphaziesthe strongly rhizotic character of human evolution, but on Facebook offered this:

Right now I am satisfied to establish that there are alternative evocative, and more accurate metaphors out there than the dendritic one. The problem with the rhizome is that you have to cite Deleuze and Guattari, at which point biological anthropologists will shout ‘post-modernism!’ and stick their fingers in their ears and hum. That leaves you with Weidenreich’s trellis and Hooton’s anastemosing capillaries and Moore’s streams.

However, at the biological anthropology session on the “Scars of Human Evolution,” Marks did end his commentary with the idea that “it’s rhizomes all the way down.” I tried a similar tack in It’s admixture all the way down, and although I wondered if Marks had cribbed the line, my wife reminded me that “it’s X all the way down” belongs to all of us anthropologists. (On a sidenote about Science in Anthropology, one of my colleagues remarked that Clifford Geertz considered himself to be a scientist, and “if Geertz was a scientist, then we all are.”)

So, how to stop trellises from turning into trees? Perhaps the answer lies not so much in the single metaphor–the trellis, the cactus, the river, or even the rhizome–but in stressing the tangle, returning to Darwin’s tangled bank at the end of The Origin Of Species:

It is interesting to contemplate a tangled bank, clothed with many plants of many kinds, with birds singing on the bushes, with various insects flitting about, and with worms crawling through the damp earth, and to reflect that these elaborately constructed forms, so different from each other, and dependent upon each other in so complex a manner, have all been produced by laws acting around us.