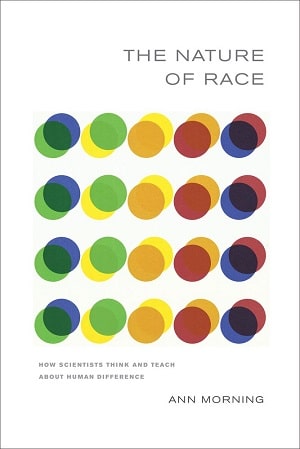 Update: This post on “Teaching Race” was written in 2012. For more recent material using the textbook Anthropology: What Does it Mean to Be Human? see the lecture:

One of my favorite articles for teaching race anthropologically is John Relethford’s 2009 Race and global patterns of phenotypic variation. It’s readable, concise, and provides a perhaps better short phrase for teaching race as a “culturally constructed label that crudely and imprecisely describes real variation” (2009:20).

Another favorite article for teaching race is the fantastic How Race Becomes Biology: Embodiment of Social Inequality by Clarence Gravlee. Gravlee’s article won the 2010 Rudolf Virchow Award as a best article in Medical Anthropology, and was the most downloaded article for the year in the American Journal of Physical Anthropology. It is also anthologized in the four-field Applying Anthropology: An Introductory Reader. This is one reason to still consider adopting that reader, and I have used Gravlee’s article in my Introduction to Anthropology courses.

For biological anthropology textbooks, my preferred sections for teaching race would be “Just How Different is Different? (On Race)” in The Alternative Introduction to Biological Anthropology (Jonathan Marks, 2017) and “Race and Human Variation” in The Human Species: An Introduction to Biological Anthropology (John Relethford, 2012, 333-353). Adam Van Arsdale, an anthropology blogger and a professor who has a lot of experience teaching about race in biological anthropology, uses the Jonathan Marks Alternative Introduction. It’s also a relatively inexpensive text. Relethford’s textbook includes a summary of his work in the Race Reconciled volume; Relethford’s textbook is also well written and nicely illustrated.

One very good article for teaching race in a reader is “Ten Facts about Human Variation” by Jonathan Marks in Human Evolutionary Biology (2010). This reader was initially only available as expensive hardcover, but a paperback offering makes it much more reasonable. With articles by Nina Jablonski, Barry Bogin, and Lawrence Schell, it seems worth considering.

Although there probably won’t be many undergraduates talking about “Lewontin’s Fallacy” (some may have heard of that Stephen Jay Gould re-study), it is nevertheless important when teaching race to include post-2005 materials that consider recent genetic research. Older articles like Jared Diamond’s Race without Color just won’t cut it anymore. For a summary of a more genetics-driven approach, Henry Harpending introduced me to the work of Guido Barbujani–the 2010 piece Human genome diversity: frequently asked questions (co-authored with Vincenza Colonna) provides an impressive overview, and cites several pieces from Race Reconciled.

For classroom exercises and innovative ways of teaching race, check out the Guess My Race app by Michael Baran. This app is more geared at the United States. For an offline and more international version, see Take the race test at Guido Barbujani’s website (in collaboration with Todd Disotell). For a discussion of how to use these concepts in Introduction-to-Anthropology via research in Rwanda, see the Torso and Oblong blog-post Race and Consequence: “Reality” and Social Constructs.

Some might wonder to what extent it is necessary to teach race as a social construction. In my discussion of Traditional Race Ideas I noted how I spend less time these days talking with undergraduates about social construction and more time talking about racism. The query from Michel-Rolph Trouillot: “Is racism a delusion about race? Or is race made salient by racism? That is the crux of the matter” (Adieu Culture: A New Duty Arises, 111) has been rattling around in my mind ever since I tried to write The Headline We Should be Reading. Unfortunately, I have too often believed that clearing up delusions about biological race would diminish racism, rather than tackling how racism makes race salient–see Social Construction of Race = Conservative Goldmine.

Nevertheless, as sociologist Daniel Buffington reminded me in an e-mail, Ann Morning’s 2011 studies on The Nature of Race: How Scientists Think and Teach about Human Difference demonstrate how an essentialist and biological determinist perspective is still prevalent, even among people who should know better. Indeed, 2012 saw evolutionary biologists Jerry Coyne and David Barash reveal they have no idea what they are talking about when it comes to the scientific literature on race and human variation. Buffington’s research is on the formation or construction of racial identity in sport, where deterministic accounts are alive and well (the topic of sport reminds me of the intersection with Olympic Sex Verification and Fixing Sex).

There is more material available on the page titled Race Reconciled Re-Debunks Race as well as the adjoining sections Race Revival: Anthropology Attacked on Race & Science and Race Becomes Biology.

It’s a lot to keep up with–I’ve had even more great book suggestions and updates for the post on Whiteness is a project, not a skin tone–so there are a lot of resources on teaching race–and racism–anthropologically.