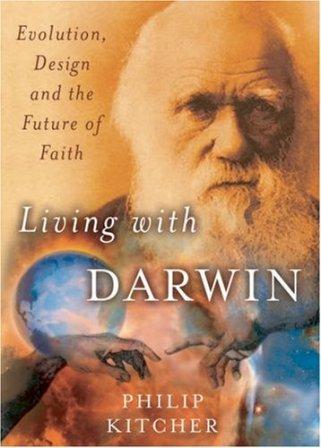 Update: This post on teaching the evolution-creation controversy anthropologically was written in 2013. For a 2021 update using the textbook Anthropology: What Does it Mean to be Human? see this YouTube lecture:

A 2012 Gallup survey reports, “Forty-six percent of Americans believe in the creationist view that God created humans in their present form at one time within the last 10,000 years. The prevalence of this creationist view of the origin of humans is essentially unchanged from 30 years ago, when Gallup first asked the question. About a third of Americans believe that humans evolved, but with God’s guidance; 15% say humans evolved, but that God had no part in the process.”

And no, I am not averse to teaching the classics–after all, I begin the class with Miner’s 1956 Body Ritual among the Nacirema. What bothers me is a lack of reflection on how it may be precisely the persistence of articles like this–still emphasizing a simplistic, outmoded, and as a result somewhat arrogant view of evolution and science–which may have something to do with the persistence of the evolution-creation controversy.

I begin by trying to take the temperature of the class, first talking about my own experience growing up Pentecostal in Montana and then asking in my scary-funny voice: What do you think about EV-O-LU-TION? Maybe they tell me what I wanted to hear, but in New York about 90% of the class does not seem to have any problem. The rest do not seem opposed or threatened by the idea. Which all leads me to wonder if there’s a bit of a dead-horse to this evolution-creation controversy, at least in the college classrooms of Introduction to Anthropology. I know, as was recently posted on the wonderful BioAnthropology News Facebook page that there is Oklahoma legislation in the works: Insist That People Coexisted With Dinosaurs… and Get an A in Science Class! And I know that we should be ever-vigilant about science and teaching evolution. Still, the tone of articles like this can smack of Yankee smugness with regard to the benighted religious South.

When I do try “Teaching Theories,” my presentation is relatively straightforward, beginning with the difference between a scientific theory and the colloquial “I have a theory,” which has almost become the opposite, a kind of announcement of crackpot idea to follow.

After the straightforward presentation, I go through my quibbles. First, by using a 30-year-old article, we don’t get a sense for the genetic evidence and the kinds of information gleaned from putting computer power to work. However, there are several examples of outmoded thinking with regard to evolutionary selection, with Root-Bernstein and McEachron talking about the fittest and best adapted without mentioning that this is within a specific and ever-changing environment. It also seems curious that while glorifying science, their best example is of evolving pests! Indeed, the issues of pesticide overuse and antibiotic resistance are points that make people skeptical about the long-term benefits of scientific meddling.

I also find their separation of religion and science into completely separate domains to be a bit too tidy. Do we really want to say that what happens in the classroom has no effect outside of it? Or, put differently, this may work fine for religious denominations that have already accepted this division of labor, but for the true creationists, this is unlikely to be a very effective argument. Finally, although Root-Bernstein and McEachron end with the wonderful idea that science makes us “humbly aware” (2012:13), some of their simplistic examples may make them seem arrogrant. Of course, the arrogance undertones are hardly at the polarizing level of Richard Dawkins, but I still wonder.

Benjamin Freed’s “Re-Reading” article moves to another phase of the evolution-creation controversy, Intelligent Design. I begin by noting what a brilliant branding victory Intelligent Design represents, an idea I took from William Safire’s Neo-Creo (2005):

The marketing genius within the phrase–and the reason it now drives many scientists and educators up the walls of academe–is in its use of the adjective intelligent, which intrinsically refutes the longstanding accusation of anti-intellectualism. Although the intelligent agent referred to is Divine with a capital D, the word’s meaning also rubs off on the proponent or believer.

My take (and I can’t remember where I first read this) is that Intelligent Design plays off the understanding of a true scientific debate by taking the colloquial meaning of “let’s have a debate.” Which means that they benefit from just being on stage with a scientist. Even if they have not a lick of evidence, they can nevertheless claim to be involved in a true debate.

Freed emphasizes the idea that this is not really about believing in evolution:

It’s not a question of whether or not students and teachers believe in evolution. Scientists don’t believe in it; they accept this overarching scientific theory. (2012:19)

I then turn to my preferred Introduction to Anthropology textbook, Lavenda and Schultz’s Anthropology: What Does it Mean to be Human? Module 1, “Anthropology, Science, and Storytelling,” essentially covers similar material to the evolution-creation controversy articles. It is a bit more sophisticated, however. I sometimes wonder if it becomes too clever to really emphasize the point.

Lavenda and Schultz begin not with the familiar creationist story, but with a Desana (Tukano) creation story, complete with a picture of a man playing panpipes. Juxtaposing that with modern physics, they contend that both are myths, in the anthropological sense of myth. They will then go on to say that only certain stories can count as scientific stories, but by then there can be some confusion about what they are saying!

Rather than God, Lavenda and Schultz then employ the device of the “Interplanetary Aliens Hypothesis,” and that while such an idea may not ever be definitively disproved, but without evidence it “holds no scientific interest” (2012:24).

I do really like their quote from Philip Kitcher:

We may be able to move, as philosopher of science Philip Kitcher urges, “beyond the simple opposition of proof and faith. . . . Between these extremes lies the vast field of cases in which we believe something on the basis of good—even excellent—but inconclusive evidence” (1982, 34). (2012:26)

Interestingly, however, this quote is also 1982, and is taken from the provocatively titled Abusing Science: The Case Against Creationism.

So, perhaps all the anthropology textbooks would benefit from checking out Philip Kitcher’s more recent Living with Darwin: Evolution, Design, and the Future of Faith (2009). The book blurb seems like it deals with many of the issues I’ve raised above:

Charles Darwin has been at the center of white-hot public debate for more than a century. In Living With Darwin, Philip Kitcher stokes the flames swirling around Darwin’s theory, sifting through the scientific evidence for evolution, Creation Science, and Intelligent Design, and revealing why evolution has been the object of such vehement attack. Kitcher first provides valuable perspective on the present controversy, describing the many puzzles that blocked evolution’s acceptance in the early years, and explaining how scientific research eventually found the answers to these conundrums. Interestingly, Kitcher shows that many of these early questions have been resurrected in recent years by proponents of Intelligent Design. In fact, Darwin himself considered the issue of intelligent design, and amassed a mountain of evidence that effectively refuted the idea. Kitcher argues that the problem with Intelligent Design isn’t that it’s “not science,” as many critics say, but that it’s “dead science,” raising questions long resolved by scientists. But Kitcher points out that it is also important to recognize the cost of Darwin’s success–the price of “life with Darwin.” Darwinism has a profound effect on our understanding of our place in the universe, on our religious beliefs and aspirations. It is in truth the focal point of a larger clash between religious faith and modern science. Unless we can resolve this larger issue, the war over evolution will go on.