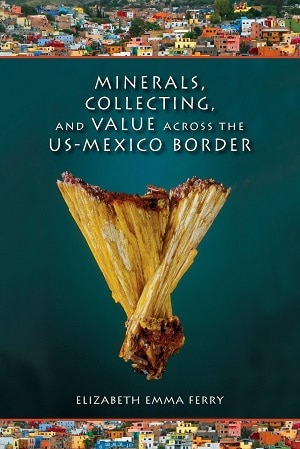 This guest post on “Teaching Trouillot in Contemporary Anthropological Theory” is by Elizabeth Ferry, Professor of Anthropology at Brandeis University. Ferry is the author of Minerals, Collecting, and Value across the US-Mexico Border. She published La Batea, Impressions of Gold in Colombia, together with her brother and photographer Stephen Ferry. For more information on Teaching Trouillot see the Trouillot Bibliography and Trouillot, In Memoriam.

I have been teaching Contemporary Anthropological Theory to Brandeis anthropology graduate students, every other year, for a number of years now, and it is one of my favorite classes to teach. It is a great way to get to know the MA and PhD students in our program, and I love revisiting scholars whom I read in graduate school in new ways and in relation to new work. Teaching every other year allows me to take stock of how the field is changing as new scholars enter conversations and as the world changes.

One challenge in teaching the course is the tension between making sure that students have read certain scholars and have been “exposed” to certain conversations and ideas (as if these were viruses), and showing students that this “exposure” is not the end point of theory. It is important to read broadly and deeply, of course, and to become mistress of the conversations related to one’s own work. But in my view, the main goal of a graduate theory course, and of coursework in graduate school generally, is not to read lots of scholarship but to change the way you think–for which you need to read lots of scholarship. In a course in anthropological theory, my goal is to show students how to relate phenomena in the world (observable through ethnographic fieldwork) and particular concepts and categories, and to see the different effects of these relations.


The main goal of a Contemporary Anthropological Theory course is to change the way you think.Click To Tweet
In my graduate work at the Johns Hopkins University in the early 1990s (along with Living Anthropologically’s Jason Antrosio and other dear friends and colleagues), theory as the relating of phenomena and concepts was taught to us by Sidney Mintz, Katherine Verdery, Gillian Feeley-Harnik, Michel-Rolph Trouillot, and Niloofar Haeri, among others. Trouillot, especially, in courses on methodology in history and anthropology, contemporary theory, and concepts and categories, helped us to attend consciously and explicitly to what we are trying to do when we are trying to “do theory.” His approach also emphasized that theory is not particularly the province of anthropologists or of scholars, leaving open the possible recognition of “native categories and native arguments,” as Yarimar Bonilla explores in her book Non-Sovereign Futures. As Bonilla notes, native categories and native arguments are still only infrequently recognized as theory within the discipline.

When I taught my 2016 Contemporary Anthropological Theory course, one of the articles that most resonated with students was Trouillot’s “Anthropology and the Savage Slot: The Poetics and Politics of Otherness.” Originally published in the volume Recapturing Anthropology: Working in the Present, “Anthropology and the Savage Slot” is perhaps Trouillot’s most famous article, at least for non-Caribbeanists (it is also discussed in a 2016 blog post in Living Anthropologically). When I first read this article in Rolph’s class, I read it in the context within which it was written, as both a meditation on the imperial categories that created the need for anthropology as curator and docent of the savage slot, and an argument against the overly narrow critique proposed by postmodern anthropology. (One of my favorite sentences in that article is “The recent [in 1991] discovery of textuality by North American anthropologists is based on a quite limited notion of the text.” As we used to say in middle school, “oh, burn!”)

In later years, the article has taken up new resonances, as could already be seen in its re-publication as the first chapter of Trouillot’s final book Global Transformations. Placed in relation to other reformulated and new essays, it speaks more to the role of anthropology at a moment of accelerated time-space compression; the crisis (not necessarily the demise) of the nation-state; and the revision (not necessarily the rejection) of anthropology’s former métier as custodian of the savage slot. The article thus outlived its original position in a debate with postmodern anthropology. (And as Trouillot tactfully notes in the revised essay, it wore a lot better than much of that postmodern anthropology.)

In my Contemporary Anthropological Theory course of fall 2016, the article entered into new conversations, particularly with Jafari Sinclaire Allen and Ryan Cecil Jobson’s The Decolonizing Generation. In that piece, Allen and Jobson take up a key phrase in the Trouillot article, “electoral politics,” and use it to analyze the continued whiteness of anthropology departments, editorial boards, and syllabi. This aspect of “the savage slot” as a diagnosis of the discipline seems especially pointed in the current moment of analysis of white privilege, broadened awareness of the colonialist infrastructures of US institutions like universities, (broadened for some; many have been acutely aware of this all along), and at Brandeis, as at many other predominantly white universities, a recent student movement focused on race, equity, and inclusion.

Students loved the “Savage Slot” article. They read it as burningly contemporary and the class devoted to it was one of the most productive and exciting of the semester.


Trouillot on 'Anthropology & the Savage Slot' was burningly contemporary, productive, & exciting.Click To Tweet

Following this class, I had an idea. I organized and in the following semester taught a graduate seminar called “‘Burning Questions’: The Work of Michel-Rolph Trouillot.” I borrowed the title from Bonilla’s memorial essay in NACLA’a report on the Americas and Trouillot’s final sections in Global Transformations (2003:128-133). Twelve graduate students took the course, representing four disciplines (anthropology, sociology, literature, and global studies) and five countries (Canada, China, Haiti, Israel, and the United States).

I structured the course in three sections: “Influenced by…,” “The Work,” and “Influencing.” In “Influenced by…” I included Aimé Cesaire, C.L.R. James, Edouard Glissant, Fernand Braudel, Immanuel Wallerstein, and Sidney Mintz, among others. I structured the section around concepts and conversations, on for instance, “the world system” and “creolization” (using articles from a landmark conference at the University of the West Indies in 1968). In the middle section we read nearly all of Trouillot’s published work, an electrifying experience. In the final “influenced by” section, we looked at work in literature, history, and anthropology. Faith Smith from the Brandeis English department placed his work in the ongoing project of Caribbean Studies. Carlota McAllister from York University and the Charles Warren Center for Studies in American History gave us a chapter of her forthcoming book The Good Road: Conscience and Consciousness in a Post-Revolutionary Guatemalan Village. And we read work by Herman Bennett, Laurent Dubois, Pamela Ballinger, Viranjini Munasinghe, Colin Dayan, Yarimar Bonilla, Vanessa Agard-Jones and others.

What did the seminar aim to do? At the most basic level, it aimed to introduce students to the work of Michel-Rolph Trouillot, the influences upon it, and the work it influenced. It also aimed to see how anthropological theory is generated through transgenerational and interdisciplinary conversations among scholars. And it aimed to explore how Caribbean categories and arguments acted not simply as the “data” for Trouillot’s anthropology, but also as shapers of his thought. This recognition, I hoped, would help the students and me upset our notions of how “theory” and “ethnography” were supposed to interact, notions often successively re-inscribed in coursework and literature reviews.

For their final papers, I asked students to write about their own work in ways that engaged with some aspect of the course. I told them that while I expected them to cite their sources, I was far less interested in whether they cited Trouillot than in how they used his ideas. This was an oddly surprising statement to some, showing me another potential benefit of the course. One of the main things I hoped students would take away from it was an understanding that “doing theory” is not primarily about citing people, but about concepts, categories, and articulations of ideas.

A few student responses show that at least some of these ideas came through in the course of the semester. One wrote that “The course is predicated on scholarship that allows for creative and innovative approaches to anthropological research;” another that “The course has profoundly shaped the way I think about history and anthropology, for the better.” A third described the course as providing “a powerful lens of history and political economy for us to examine the inequality and poverty around the world. Trouillot’s work also shows how cultural interpretation can disguise as much as it reveals.”

Structuring a seminar around one person’s work was a departure for me, and as far as I know isn’t that common. However, it worked really well here, both because of the brilliant analysis and elegant writing typical of Trouillot’s work, but also because his conscious, critical perspective on how theory shapes the world and vice versa can help students learn how to do this in their own intellectual and political engagements.