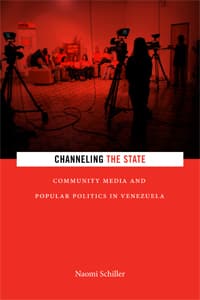 During the Venezuela elections of 2018, questions of “Will Venezuela recover?” or “Will Venezuela collapse?” arioe. When seen in a regional context with Argentina’s current currency woes, some wondered if the next global financial crisis is brewing. I saw the Argentina-Venezuela developments as a possible trigger for a market collapse.

This blog-post attempted to summarize some of the anthropological resources and bibliography available for a longer-term perspective on Venezuela. Anthropologists have long provided unexpected insight and prescient analysis. To the question of “Will Venezuela recover?” anthropology posits that human resilience and creativity is always a possibility. (And that market collapse didn’t happen in 2018.)

Coronil, Fernando. 1997. The Magical State: Nature, Money and Modernity in Venezuela. Chicago: Chicago University Press. Fernando Coronil’s 1997 book is a classic yet prescient look at the history and consequences of Venezuela’s oil boom. For more from Coronil, see the Fernando Coronil, In Memoriam post from 2011.

Roseberry, William. 1983. Coffee and Capitalism in the Venezuelan Andes. Austin: University of Texas Press. William Roseberry was one of the people most responsible for reviving the Marxian perspective in anthropology that Eric Wolf and Sidney Mintz had been drawing upon as a theoretical framework since the 1950s. I recently discussed a Roseberry article on yuppie coffees for a blog-post on Starbucks Enlightenment: Is Anthropology better than Starbucks?

Kappeler, Aaron. 2017. “From reactionary modernization to endogenous development: the revolution in hydroelectricity in Venezuela.” Dialectical Anthropology 41(3):241-262.

Cultural Anthropology in 2015 ran a special series “Protests and Polarization in Venezuela After Chávez” by Amy Cooper, Robert Samet and Naomi Schiller. The series features many of the authors cited above.

The Zero Anthropology blog has featured a number of posts on Venezuela over the years. See the index-tag for more.