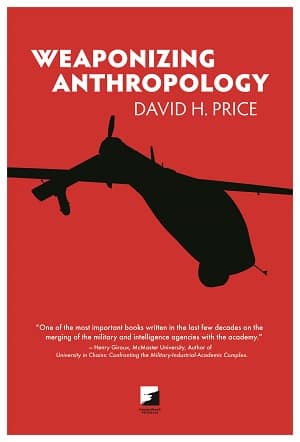 Anthropology & the “War on Terror”

In 2011, as the news broke about Osama bin Laden’s death, I wondered how this would get spun during times of hatred aimed at President Obama. With rampant race resentment and motivated “reasoning” dominating the political scene, would the Osama bin Laden death be cast as fake, the same kind of trash-talk resulting in the release of Obama’s long-form birth certificate? How would it be cast in the so-called “War on Terror”?

In this case the predominant mood seemed jubilant that the military “got him.” But oh-so-annoyed Obama “gets the credit.”

1. Anthropology supports pursuing criminals, not a blanket “war on terror”

At the 2002 meetings of the American Anthropological Association, Mary Robinson, the former UN High Commissioner for Human Rights, delivered a striking message: the United States could have harnessed an enormous fund of international cooperation and goodwill if its leaders would have framed al-Qaeda as despicable criminals who needed to be brought to justice. Instead, the idea of a “war on terror” glorified terrorist activities, making it seem like they were combatants in a struggle:

She has been critical of the war on terrorism, even saying that in her opinion it inflates terrorists, “gives them oxygen.” She is on the record that she thinks it is important to combat terrorism, which deprives people of their right to life, and that the 9/11 attacks were “a crime against humanity.” However, she also thinks that “certain governments are using the language of combating terrorism to clamp down on legitimate dissent, to be much tougher on human-rights defenders, to tighten up in very strict ways asylum and refugee policy, to provide harsh measures on those who are undocumented migrants, and so on.” She says, “It’s worrying that there would be prolonged detention without any trial or full clarification of the reason for detention, especially in those countries that have ratified the International Convention on Civil and Political Rights.” (Mary Robinson Encourages Dialogue on Human Rights, 2003)

In the light of present events, would it have taken 10 years to get Osama bin Laden if there had been full international cooperation to catch a criminal? It would have been much a more powerful and enduring victory to see Osama bin Laden tried in a court of law. Instead, he goes down in a military raid, preserving the war metaphor. Moreover, as many anthropologists have pointed out, the “war on terror” is a sloppy and slippery metaphor. War metaphors should be used carefully. Osama bin Laden was a criminal, not a war martyr.

Anthropologists have to always be attuned to the social dimensions of human existence, how any individual action is made possible and interconnected with our inherent sociality. Individual claims to success often omit social support and enabling conditions. This is even more true when leaders claim the mantle of collective achievement.

But for those complaining Obama unfairly “gets the credit,” it is instructive to compare Barack Obama with George W. Bush. Unlike Bush, Obama has not been strutting in flight-suits, playing pretend pilot, delivering “mission accomplished” speeches. Even more strangely, a Google search on “Thank you President Obama” reveals 35,800 results in the past 24 hours, but “Thank you President Bush” trumps that with 40,100 results (as of 10:45pm EST) and its own Facebook page. And while the initial Google scroll for the Bush thank-you is mostly positive, the second result for Obama is a link to Rush Limbaugh’s “sarcastically critical” remarks.

It would be difficult to overestimate the destructive power of virulent nationalism, the us-versus-them mentalities linked to industrial war machines, or deployed at home against immigrants and minority groups. Anthropology has been a voice for tolerance. Ruth Benedict in 1934:

Modern existence has thrown many civilizations into close contact, and at the moment the overwhelming response to this situation is nationalism and racial snobbery. There has never been a time when civilization stood more in need of individuals who are genuinely culture-conscious, who can see objectively the socially conditioned behaviour of other peoples without fear and recrimination. (Patterns of Culture 1934:10-11; for more on Benedict see The Anthropological Concept of Culture).

As of the 1990s, with several generations schooled in anthropological tolerance, it seemed possible to believe virulent nationalism could fade. But 2001 brought nationalism back with a vengeance. Even Bob Dylan’s With God On Our Side got re-recorded in a non-ironic mode. Benedict’s quote became more relevant than ever.

Obama’s election kindled hopes the xenophobia would diminish, both inside the United States and internationally. But from within, Obama has been relentlessly tarred as an “other,” and irrational hatred paralyzes congress. Internationally, there had already been an upsurge of virulent nationalism about Libya. Now this. As David Sirota writes, “USA! USA!” is the wrong response.

Let’s celebrate by investing in jobs, an inclusive healthcare system, schools, and paying our teachers. And end the “War on Terror.”