Home » Blog Posts » Moral Optimism » What if people stop funding the US? 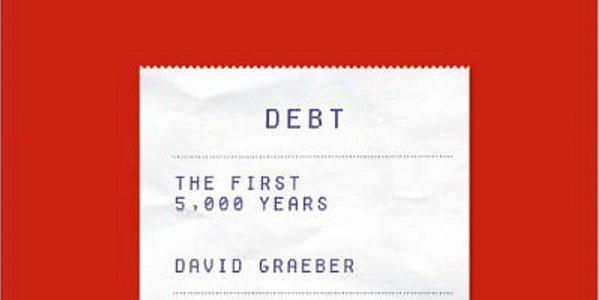 Update April 2020: This series of posts appeared first in April 2018. Deficits were already soaring due to the idiotic Trump tax cuts. Now, with so much more money being pumped into “stimulus,” it seems even more possible that the deficit might again matter.

What happens if the US runs out of money?

This post is a part of a series examining the possibility of a rather quick US collapse, rather than the conventional wisdom that there will be a slow decline in US hegemony. In the first post of the series, When will the United States collapse?, I discussed the autobiographical caveat that I grew up around survivalists and other off-the-grid types in Montana. One thing I remember from those days was a bumper sticker that lamented a one trillion dollar US national debt.

Wowzers, if they could see it now. The Trump team has us hurtling toward one trillion dollar deficits every year. And that’s piling onto a 21 trillion dollar national debt. And sure, the Obama administration ran some trillion-dollar deficit years, but that was during a time when the US needed to be rescued from a recession. Pouring on this much debt at a time of near-full employment and a cycle of economic expansion puts the US in an extremely precarious position.

As discussed in the second post of the series, When will the US stock market collapse?, the rising US debt levels means that US Treasuries, government bonds, become cheaper. This drives up yields, which makes them more attractive for investors. However, the countervailing influence is that during times of market or political instability, US Treasuries are still seen as a “safe haven” asset. This increases demand, driving up the price, and keeping the yields in check.

The relatively-open secret about US Treasuries is how many of them are bought by outside entities, especially the Chinese government. But what happens if these outside entities reduce their purchasing? They are effectively providing the blank check for an enormous US military spending, as well as supporting the meager social programs still run by the US government.

A debt crisis is on the horizon warns the Hoover Institution in the Washington Post:

Some may think that such concerns are overblown, as there is no current evidence in financial futures markets that a crisis is on the horizon. But a debt crisis does not come slowly and visibly like a rising tide. It comes without warning, like an earthquake, as short-term bondholders attempt to escape fiscal carnage. Only in hindsight are we able to see the stresses building and bemoan that we did not act. While some insulation flows from the dollar’s role as the global reserve currency, that is neither sufficient nor immutable, and relies on faith in the United States’ eventual fiscal probity.

Of course the Hoover Institution wants us to immediately cut what they consider “rising entitlement spending.” Not one word in their article says anything about enormous and rising US military spending.

But Congress is extremely unlikely to cut any spending. As examined in the previous and third post of the series, Collapse and/or Authoritarianism, the only major thing Congress has done is to reduce government revenue due to Trump’s tax cut for the wealthy scam. And if there’s another crisis, more tax cuts are probably the only thing they are likely to try. Once again, the Hoover Institution is completely silent on the tax cut.

Differently put, Both parties have a plan for the debt crisis: Do nothing.

Is there still an IRS?

There was a certain irony that the IRS had to extend the tax deadline because of a website crash. The IRS increasingly feels like such an underfunded non-entity that I wonder how long people are going to keep voluntarily filing taxes.

As stated in the 19 April 2018 Washington Post, The United States is mortgaging its future, current US practices are exactly what IMF economists condemned in the rest of the world:

“I used to work at the IMF where we, for emerging markets, would ask questions such as who is going to buy the government debt and what will the currency implications be and how much faith does the rest of the world have in the ability of this country to pay back their debt,” says Torsten Slok, the chief international economist at Deutsche Bank.

“Now,” he says, “I’m getting the same questions from investors about the United States.”

OF course, anthropologists also have a lot of experience in countries with collapsing currencies, little tax enforcement, and enormous debt. The next and final post of the series explores some of those lessons: What should you do? (if the United States collapses)
To cite: Antrosio, Jason. 2018. “What happens if the US runs out of money?” Living Anthropologically website, https://www.livinganthropologically.com/what-happens-if-the-us-runs-out-of-money/. First posted 18 April 2018. Revised 11 April 2020.