Home » Blog Posts » Moral Optimism » When will the US Stock Market Collapse? 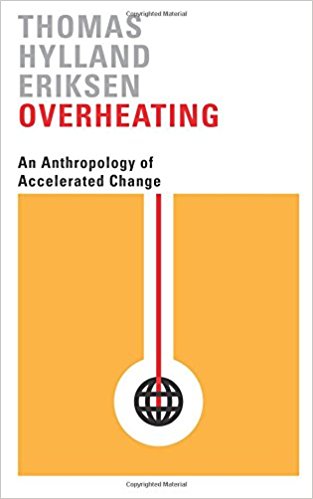 Update April 2020: I wrote this post about the possibility of a US stock market collapse in April 2018 and then watched the market make a new high in September 2018. However, on 24 December 2018 the S&P 500 hit a low of 2351, which is precisely what I had predicted if Clinton had won the electoral college. We then watched the stock market rebound all through 2019 until the current coronavirus crisis–which still may portend a broader collapse.

As in the previous post on When will the United States collapse?, I’ve been working on a draft of this for a couple months. So I might have looked like a genius had I posted this back in January 2018, in time for the February 2018 stock market shocks. But I got around to posting it on April 2018, so all numbers and predictions are from that date.

Like in the previous post, my thoughts here are not just from listening to Marxian economists, and the Anthropology Blogs have been quiet. Again, it’s CNBC where in March 2018 Investment chief of $250 billion firm says financial markets are on a ‘collision course for disaster’. Basically, what I write in this post is to translate what Guggenheim Investments’ Scott Minerd wrote into ordinary language. And in April 2018, Scott Minerd reiterated his prediction, seeing a 40% plunge in stocks, with the worst economic damage in 2019-2020. (Of course, do read the “autobiographical caveat” from my previous post.)

What if Clinton were President?

Why didn’t the US stock market collapse in 2017?

Donald Trump’s incompetence and cronyism, what Sarah Kendzior correctly calls the Authoritarian Kleptocracy, were well on display before the election (and Trump really should have been halted by the Electoral College). Given that, it was surprising to watch the US markets rise in a straight line during 2017.

In retrospect, what seems to have happened is that after Trump took office, the economy was running under the neoliberal technocracy Obama had installed. Trump lent the market a boost of irrational exuberance. And there was Scott Pruitt to destroy every consumer and environmental protection he could find. Or differently put, Scott Pruitt’s Civilization-Threatening Lie. But for most of 2017, there were no major legislative policy shifts.

That is, until the Republican tax-cut scam. The tax-cut scam is not so much a legislative accomplishment as much as it is simply a shrinking of the revenue base. So, let’s hear from that $250 billion guy Scott Minerd: “I have come to realize that the markets are potentially on a collision course for disaster. The collision course is being brought about by strong fiscal stimulus in the late stage of the business cycle, when conventional economic wisdom mandates that it should be heading the other direction to create fiscal drag.” In other words: It was a very stupid time to cut taxes for corporations and the wealthiest.

Meanwhile, Gary Cohn, who stupidly stuck around for the tax cuts but left at the beginning of the capricious tariffs, is replaced by Larry Kudlow. Yes, the Larry Kudlow who may have been more wrong about the economy than anyone alive.

Will the US Dollar go down too?

During 2017, the value of the US Dollar dropped against other world currencies. This is happening despite changes like the rise in interest rates, which should strengthen the dollar. But with China reportedly taking the first steps to pay for oil in yuan, there are signs that the US dollar may cease to be the world’s predominant safe-haven currency. At the moment, we are in something of a tug-of-war. If US stocks go down, then people see holding US cash as a safe haven. But if that perception changes, we could have a US stock market and currency decline.

We are also in something of a tug-of-war with US Treasuries. Although the US is issuing so much debt that Treasury prices have been declining, it is counter-balanced by a flight to safety from the stock market. However, if countries like China stop buying so many US Treasuries, it could result in a lack of financing for the insane levels of debt the US has elected to take on (that’s the subject of the third post on whether the US can support its borrowing after the tax cut).

Will this be a global stock market downturn?

There is an old saying, heard around the world and often made specific to each region, “When America sneezes, [insert place] catches a cold.” And certainly during the 2008 financial meltdown, it seemed to be a globally-interlinked phenomenon. Moreover, the fact that the global markets, not just the United States, were all rising during 2017 and have now all turned, additionally points to a global downturn.

However, my take is that this time it will be worse for the US stock markets, currency, and Treasuries. And that’s because of the incredible incompetence and cronyism that is going on in the United States under Trump. Certainly, many other countries have political problems and inertia, but the supposed leader of the world’s largest economy seems uniquely capricious and dangerous.

But isn’t that just the stock market?

When the markets went through the February volatility and downturn, we were assured by Patricia Cohen at the New York Times that in fact

A whopping 84 percent of all stocks owned by Americans belong to the wealthiest 10 percent of households. And that includes everyone’s stakes in pension plans, 401(k)’s and individual retirement accounts, as well as trust funds, mutual funds and college savings programs like 529 plans. “For the vast majority of Americans, fluctuations in the stock market have relatively little effect on their wealth, or well-being, for that matter,” said Edward N. Wolff, an economist at New York University who recently published new research on the topic.

That may be true, and certainly we can be hopeful that a stock market collapse will not adversely affect well-being. But let’s get real: stock market ownership was even more concentrated before the crashes that led to the Great Depression. And the reverberations from a downturn would go far beyond simply the stock-owning class.

Of course, it wouldn’t just be factories left stranded by a trade war. A lot of people would be stranded too. . . . rapid changes in the location of production displaced a significant number of workers, creating personal hardship and hurting their communities. The irony is that an anti-China shock would do exactly the same thing. And I, at least, care more about the impact on workers than the impact on capital.

Or, let’s go back to what Minerd wrote, anticipating Krugman in slightly different language: “The next recession is going to emanate from the corporate sector. . . . There is likely to be a sharp decline in employment and a sharp decline in profitability, followed by widening credit spreads as the market discounts the expectation of higher corporate defaults.” And if such things happen, there is no one around but Kudlow to provide advice. Oh, and Steven Mnuchin, the greatest sycophant in US Cabinet history. The only policy idea they have is more tax cuts. The outcome could be especially painful since the US Executive and Legislative branches have basically ceased to function, which will be the topic of the next post.

This post is part of a series that began with When will the United States Collapse? The follow-ups consider: