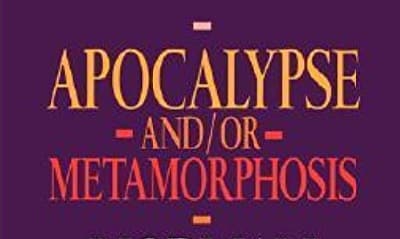 Update 2020: I wrote these reflections on “When will US government collapse?” in a crisis period during April 2018. After that, it was my contention that Trump had put in motion processes which were beyond his control and collapse was still a possibility. Such possibilities seem all the more intense in 2020.

When will US Government Collapse?

This post on “When will US Government Collapse?” was part of a five-post series in April 2018 examining the possibility that rather than a slow, processual decline in US hegemony there could be a much more rapid fall. The series began with When will the United States Collapse? and continued by examining the stock market as a possible trigger. The fourth post was about what might happen if the rest of the world decided to stop funding the US debt-machine. The series concluded with What should you do?

In April 2018, Frank Bruni wrote Trump Seethes, and the Rest of Us Should Tremble:

We haven’t been in a safe space since Nov. 8, 2016, but we’re in especially dangerous territory now. President Trump seems closer than ever to decisions that could plunge the country into crisis. And there’s nothing in his bearing or behavior to suggest that he cares all that much about sparing America that chaos and pain. . . . There is no Hope Hicks anymore, no Rob Porter, no Gary Cohn, no H. R. McMaster: The ranks of people who either gave Trump a sense of comfort and stability or sought to steer him away from his most destructive impulses have thinned.

It didn’t take long. On 11 April 2018, Trump again threatened to block legitimate investigation of his criminal activities. He authorized a military strike on Syria, but Trump is drowning in scandal. He can’t focus on Syria.

Such actions could trigger an economic or political crisis in the United States. As Charles Blow put it, these are Signs of a Political Armageddon: “The country is in a perilous position. It is in the hands and under the thumb of a man now motivated by a primal survival instinct, a consuming egotism and a petrifying fear of ignominy. At this point, nothing is beyond the possible, no matter how ill advised and how ultimately destructive.” Or as Adam Davidson wrote in The New Yorker, this is the End Stage of the Trump Presidency: “We don’t know the precise path the next few months will take. There will be resistance and denial and counterattacks. But it seems likely that, when we look back on this week, we will see it as a turning point. We are now in the end stages of the Trump Presidency.”


Analysts have long predicted a slow, processual decline in US hegemony. But what if it's a rapid fall?Click To Tweet

Who’s in charge for economic crisis?

Well, if it’s an economic crisis (as discussed in the previous post) the US currently has Kudlow and Mnuchin. Differently put, Imagine Trump’s economic team during the financial crisis and shudder:

With Trump’s hunger for a trade war; trillion-dollar deficits, amid low unemployment and rising interest costs; rollback of post-crisis financial regulations; and cavalier attitude toward debt default, it is, alas, not hard to imagine some sort of self-inflicted economic catastrophe befalling the country. Let’s hope it doesn’t come to that. But if it does, let’s then hope the team in charge grows up. [Update December 2018: They Did Not Grow Up]

Who’s in charge for political crisis?

If it’s a political crisis, we get the perennial war-mongerer John Bolton. Bolton “pushed to go to war in Iraq and still thinks it was a good idea, just as he has pushed to go to war in North Korea and get regime change in Iran and Syria. He is a fervent believer in pre-emptive war.” As far as diplomacy, Trump fired the already-ineffective Tillerson and Mike Pompeo’s swagger may be even worse.

What about the US Legislature?

The US Legislature has been on paralysis for years. The only thing they were able to accomplish was to pass a tax-cut scam which threatens government financing (the subject of the next post). No, tax cuts do not pay for themselves. After the tax-cut travesty, they finally managed to put through a relatively-harmonious spending bill. And then announced they wouldn’t do anything else for 2018.

With the 11 April 2018 announcement that Paul Ryan won’t seek re-election, Republican legislative leadership looks more vacuous than ever. Paul Ryan is abandoning the ship before it sinks: “In sum, Ryan retreats from the scene after loading the country up with debt and leaving virtually every other agenda item save tax cuts undone.” As Paul Krugman has been saying for years, the Republicans simply have no good ideas or intellectuals. “The left has genuine public intellectuals with actual ideas and at least some real influence; the right does not. News organizations don’t seem to have figured out how to deal with this reality, except by pretending that it doesn’t exist.” [Update December 2018: And now Paul Ryan’s final act of a disastrous tenure is to leave the government partially shutdown.]

Basically if there is an economic or political crisis, the probable reaction from the US Legislature would be to demand more tax cuts. That’s all they know how to do, and they don’t even do that well.

The scary part of course is that with a non-functioning executive and a non-functioning legislature, the only thing that seems to be working is the US military and the increasingly militarized police. And here, former US Secretary of State Madeline Albright asks Will We Stop Trump Before It’s Too Late?

At one time or another, Mr. Trump has attacked the judiciary, ridiculed the media, defended torture, condoned police brutality, urged supporters to rough up hecklers and–jokingly or not–equated mere policy disagreements with treason. He tried to undermine faith in America’s electoral process through a bogus advisory commission on voter integrity. He routinely vilifies federal law enforcement institutions. He libels immigrants and the countries from which they come. His words are so often at odds with the truth that they can appear ignorant, yet are in fact calculated to exacerbate religious, social and racial divisions. Overseas, rather than stand up to bullies, Mr. Trump appears to like bullies, and they are delighted to have him represent the American brand. If one were to draft a script chronicling fascism’s resurrection, the abdication of America’s moral leadership would make a credible first scene.

So, we could very well see the subordination of civil society to military and police control.

The ballooning military spending is supported by an enormous deficit and debt, which the rest of the world finances. The question of what happens if that financing stops is the subject of the next post.