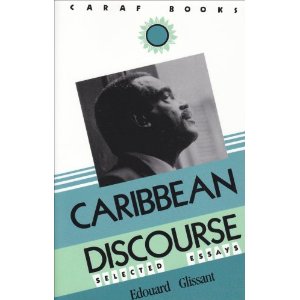 I borrowed the title for this 2012 blog-post on whiteness from Edouard Glissant’s Caribbean Discourse via Michel-Rolph Trouillot’s Global Transformations:


The West is not in the West. It is a project, not a place.Click To Tweet
Trouillot stressed this theme in his graduate seminars and writings. Power and how power is projected must be understood as a process, not as a thing, place, or entity. Seeing power as process means understanding history, contingency, and uncertainty. We need to unpack the monolithic reification that power attempts to project and claims to be. However, that analysis does not make the process unreal or illusory.

This post began as an injunction to read Straight White Male: The Lowest Difficulty Setting There Is by John Scalzi. Scalzi’s piece started kicking around the internet in 2012. It was worth looking at some of Scalzi’s follow-up commentary and the kinds of comments he deleted. Scalzi’s piece was smart, on-target, and was a much-needed update to Peggy McIntosh’s “White Privilege: Unpacking the Invisible Knapsack” (1988, with many reprints). Scalzi correctly diagnosed that privilege is a stumbling-block word, although I suspect that the same people who get upset about the idea of white privilege would have been just as upset by Scalzi’s reworking.

Anthropology should have been blogging about whiteness

Scalzi’s 2012 post was the kind of thing I wished I’d been able to write, or I wished some media-and-gamer-savvy blogging anthropologist would have written. At around the same time, a good portion of the anthropology blogosphere congregated for Adam Fish’s aptly-titled Anthropology’s Suicide? Intense discussion followed about something David Graeber may or may not have said. More on this below [Update 2017: Interestingly, Adam Fish’s original piece and its 43 comments were deleted from Savage Minds. I am using the link from the Internet Archive. “Anthropology’s Suicide” indeed.]

Meanwhile, Razib Khan at Gene Expression put up “White supremacy and white privilege; same coin.” It was a very long post, and I was sympathetic to this extended historical treatment. Unlike many of the people who would get outraged at Scalzi, Khan knew more about history and more about the idea of white privilege. However, Khan’s main point was “to bury white privilege, not deconstruct it.” His main evidence was how other groups have broken into the club, so to speak. Khan brought up some disproven but always-cited examples: “The Jewish example, and the example of Asian Americans, and the assimilation of many Latinos into the same catchall as white European ethnics a century ago, suggest the possibility that the whole paradigm of white racial privilege/supremacy is an illusion, or at least is ephemeral.”

What Khan did was to turn whiteness and white privilege into a thing, a monolithic reification. Many people reify, whether as an attempt to project, solidify, and claim power, or as an attempt to critique, resist, and criticize. As a reification, whiteness and white privilege is of course easily buried. But if we see whiteness as an ongoing project or process, then different individuals and groups may enter into that imagination and projection of power. The outcome is contingent and historical, not given in advance. But while in a strict sense it is an illusion, it’s more like how in a strict sense money is an illusion or ephemeral. That doesn’t mean it isn’t real.

Khan wrote in a previous post that Reification is alright by me! It was a point Trouillot might not have always disagreed with. Trouillot discussed “convenient reifications.” There may be a need to reify subsidiary ideas in order to concentrate on the concept being investigated. However, Trouillot would emphasize that often the main role of social science is to take a particular reification and reveal it as process.

Returning to Trouillot on The West

In creating “the West,” the European Renaissance shaped a global geography of imagination. That geography required a “Savage slot,” a space for the inherently Other. Martinican author Edouard Glissant writes: “The West is not in the West. It is a project, not a place.” Indeed, the place we most often call the West is best called the North Atlantic–not only for the sake of geographical precision but also because such usage frees us to emphasize that “the West” is always a fiction, an exercise in global legitimation. That exercise sometimes takes the form of an explicit project in the hands of intellectual, economic, or political leaders. Yet most humans who see themselves as Westerners, aspire to become so, or criticize that aspiration experience the West in the form of a projection: the projection of the North Atlantic as the sole legitimate site for the universal, the default category, the unmarked–so to speak–of all human possibilities.

Thus, the West has never had a fixed content, nor is it an unchanging site. Its center moves from Rome to Lisbon, from Vienna to London, from Washington to Geneva, and from Venice to Grenada depending on the claims being made. It can absorb parts of Eastern Europe or Latin America, and more recently, Japan–not because of any feature common to these areas, but rather depending on who else is being excluded. As all default categories, the West as the universal unmarked operates only in opposition to the populations that it marks. (2003, 1-2)

Substitute Whiteness for “the West”

Substitute whiteness and white privilege for “the West.” A fiction, yes, but an ongoing exercise in global legitimization. Whiteness is a projection of power, not a phenotype. And on this point, Khan may be correct that rather than a globally legitimizing fiction, whiteness could re-emerge as a marked identity politics. Outcomes are uncertain, unpredictable, contingent–but permeated by power at every moment.

This brings us back to Graeber and “Anthropology’s Suicide.” Fish’s central accusation seemed to be that Graeber had reified the Western anthropological theorist Here and the ethnographic Other Over There. But even if that were so–and as Graeber pointed out, reading to the end of his blurb seemed to make it clear that it was not–it’s been part of basic anthropological training since before Eric Wolf’s 1982 Europe and the People Without History to question such reifications. [Two updates: 1) See Anthropology’s Unfinished Revolution for thoughts on why the message of interconnection seems to be fading from contemporary anthropology textbooks; 2) Lordy, those “Hau endorsements” by David Graeber et al. look pretty strange from the vantage of #HauTalk.]

As it had been for many years, to claim that an anthropologist resurrects reifications was indeed to pick a fight. And so it unfolded, with over 40 comments. Lots of internal-to-anthropology vitriol. Tempers flared. And then it all got deleted.

Meanwhile… Scalzi’s blog got so many visitors he was able to afford a hosting service that started at $15,000 per year. Gene Expression grabbed a lot of readers and comments. In retrospect, it was stupid of me to suggest to “Discuss White Privilege” a more innocuous title like DWP. Discussing white privilege is not just salutary as an internal-to-anthropology exercise but vital for the anthropology blogging brand. [Update 2020, see the Discuss White Privilege category on this blog.]

Updates on Whiteness is a Project