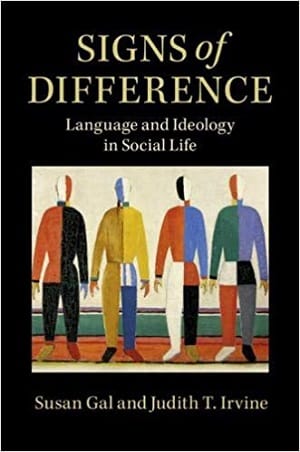 Following the March 2019 Open Anthropology issue on Walls, Fences, and Barriers: Anthropology on the Border (and see the previous blog-post for additional resources), our August 2019 issue focuses on gender, language, and power. The issue is titled “Hearing Women Talk.”

From the Editors’ Note:

In this issue of Open Anthropology, we explore a range of concerns surrounding women’s talk, speech, and language and whether or not women are heard. We seem to be in a transitional moment for “Hearing Women Talk.” In the United States, a female candidate for president won the popular vote in 2016, and as of August 2019, four women who already hold elected legislative offices are currently running for the US presidency. The #MeToo movement and women speaking publicly have upended established orders and taken-for-granted male privileges. Within anthropology, the Association for Feminist Anthropology is launching a new Feminist Anthropology journal, while #MeToo resonates in Anthropology News.

Despite this visibility, “Hearing Women Talk” has hardly been straightforward. Female presidential candidates are framed with sexist tropes, often heard quite differently from their male counterparts. The Trump Administration has attempted to reduce gender to biology and roll back gender equality measures. At the same time as many adopt the motto of “Believing Survivors,” women who speak out are publicly dehumanized and privately threatened. Within anthropology, it is unclear if publishing patterns and tenure awards have really changed that much over the past 30 years.

This issue of “Hearing Women Talk” highlights how anthropology has been studying the issues of women and language for over a century. Featuring articles that have appeared in the publications of the American Anthropological Association, we particularly draw on the work of linguistic and cultural anthropologists for this collection. We hope that these articles will open potential connections between our present moment and a fascinating archive of anthropological work on voices that have often been unheard.

Open Anthropology draws on the Anthrosource/Wiley-Blackwell journals to make available 15 articles as free-to-read for one year. We also point to additional resources within and beyond anthropology in our Editors’ Notes and on this blog.

We eventually decided on these 15 articles: